The external type is a computer with an outer back of the device. The computer is fixed to the outside by screws, and the external power cable, VGA cable, touch cable, audio cable, etc. are realized to realize the function of the integrated machine. The external use of the desktop board, the initial cost is lower, also provides users with a variety of configuration options.

Plug-in computers have inevitable flaws. The back of the device has a thicker thickness. If an external smart tablet is installed on the podium, the space will be more narrow, which will bring inconvenience to teachers and students. Plug computers also affects the external appearance, the initial installation process is complicated, and prone to accidental collisions, easy to damp into the ash, of life.

Built-in is the integration of the computer inside the device, so that the footprint is small, more suitable for the use of the classroom, the computer is not easy to be accidentally damaged due to the external environment.

Built-in computers also have more problems. The computer is "bored" in the whole machine, and the heat is only passed through the fan, which is easy to fall into the dust to accelerate the loss of the equipment. When the computer has problems in maintenance, it is necessary to remove the entire back cover, which is heavy and time consuming.

A lot of inconveniences have affected the user's experience, and how to make the interactive smart tablet truly create a superior experience for users has become the focus of the industry. In this case, the computer form of the new technology is ready to go.

Pluggable modular computers offer many advantages over plug-in and built-in.

First, the pluggable modular computer is only two or three centimeters thick, without any tools, and the user can complete the computer assembly by hand to facilitate maintenance and upgrade. Second, the integrated function can be realized without external wiring, and the equipment is generous, and the mess before it is swept away. Third, the use of copper tube heat dissipation, ventilation and heat dissipation effect; using notebook memory, high stability. Fourth, the computer and TV switch can be realized at the same time with one button to increase the speed and shorten the waiting time of the user. Fifth, using a notebook motherboard, the upgrade cycle is long, the configuration can maintain a long-term lead, and is not easy to loose. Moreover, the low power consumption of the notebook motherboard enables the device to meet national energy conservation standards.

The computer form of the interactive smart tablet not only relates to the overall aesthetics, but also to the performance and experience of the device. The plug-in modular computer is born, which makes the interactive smart tablet more beautiful and represents a significant increase in technology. It is believed that the manufacturers who focus on technology research and development in the future will bring more surprises to users. 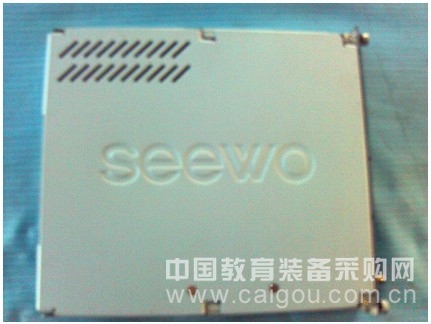